Maimun Palace is one of the most well-known landmarks in Medan. Maimun Palace is the Sultanate of Deli’s royal residence. The palace, which was build in 1888 and features an exceptional blend of Mogul, Malay, and Italian architecture, is one of the top locations to see in the city. You can appreciating the architecture and enter the main room , which includes a collection of keris, ancient furniture, and royal portraits, among other things.

There are plenty of top-notch attractions in Semarang such as Sam Poo Kong Temple and Immanuel Church, but it is Lawang Sewu that is the heart of the city. When you look at the architecture of the building, you will be reminded of the buildings commonly seen in the Netherlands. During the colonial era, the Dutch ruled Indonesia and left much Dutch heritage, including Lawang Sewu.

Situated in West Java Province, Bogor Palace can be found and enjoyed in the city of Bogor. Bogor Palace is among the six presidential palaces in Indonesia. You will not be able to enter and tour the palace except during special occasions when the public is invited to come to the palace for free. But, you can still admire the stunning architecture from afar and please your eyes with the scenic views of the surrounding botanical gardens that have deer as their permanent inhabitants.

The most compelling feature of this Mosque, is that the Istiqlal Mosque is the largest mosque across Southeast Asia. The mosque is especially crowded during Islamic celebrations such as Eid al-Fitr and Eid al-Adha, with prominent public figures like the president and other officials dedicating their prayers here. Enjoy the peaceful atmosphere as you take a stroll in the mosque that was built to commemorate the independence of Indonesia.

As one of the iconic temples and historical places in Indonesia, Borobudur Temple is an attraction that you do not want to miss. Situated in Magelang, Borobudur Temple is the largest Buddhist temple on Earth. If you watched Java Heat, you may already be familiar with the temple because the shooting also took place at Borobudur Temple. Be prepared to be blown away by a collection of more than 2,000 relief panels and over 500 Buddha statues.

In West Sumatra province, there used to be a kingdom named Pagaruyung. Now that there is no more kingdom in Indonesia, what is left of the Pagaruyung Kingdom is Pagaruyung Palace. The royal residence showcases unique architecture that is typical West Sumatran. When traveling in the province, you will be able to see a myriad of buildings with roofs that look exactly like those of Pagaruyung Palace. Sneak a glimpse of the unique Indonesian traditions by renting a traditional costume here.

When soaking up the vibrant atmosphere of Jakarta, be sure to stop by Gama Tower to take pictures of the tallest building not only in the city but in Indonesia. The tower serves as a building for office and residential purposes. The tower is also known as Cemindo Tower or Rasuna Tower.

Bandung is well-known for its delectable cuisines, but it should not be the only reason for you to visit the city. When in Bandung, making a stop at Gedung Sate is a must. Similar to Lawang Sewu, Gedung Sate was also built by the Dutch and used to be the seat of the Dutch East Indies during the colonial era. Featuring a combination of neoclassical design and native Indonesian elements, Gedung Sate is most popular for its tusuk sate (satay skewer) ornament right in the middle of the building, thus the name Gedung Sate.

If you want to learn more about the Javanese culture, you should come to its center, which is The Palace of Yogyakarta. This is a palace complex of the city and the palace is used as the seat of the reigning Sultan of Yogyakarta along with family members. In addition, you will also find a museum where you’ll marvel at the impressive collection of royal artifacts.

Last but not least, Wisma 46, also known as Wisma BNI, completes the list of the best famous buildings in Indonesia. The skyscraper sits at number two as the tallest building in Jakarta, after Gama Tower. Situated in the heart of Jakarta, Wisma 46’s construction was completed in 1996 and it comprises 48 stories that are used for office purposes. 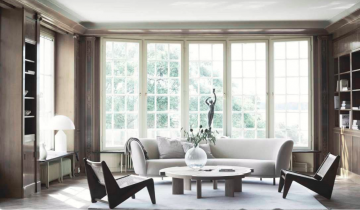 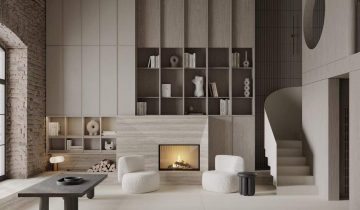 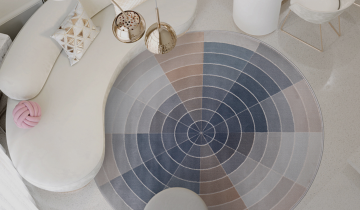 Why We’re Embracing
The Curvy Furniture?
Insights from Gaetano Pesce

No products in the cart.